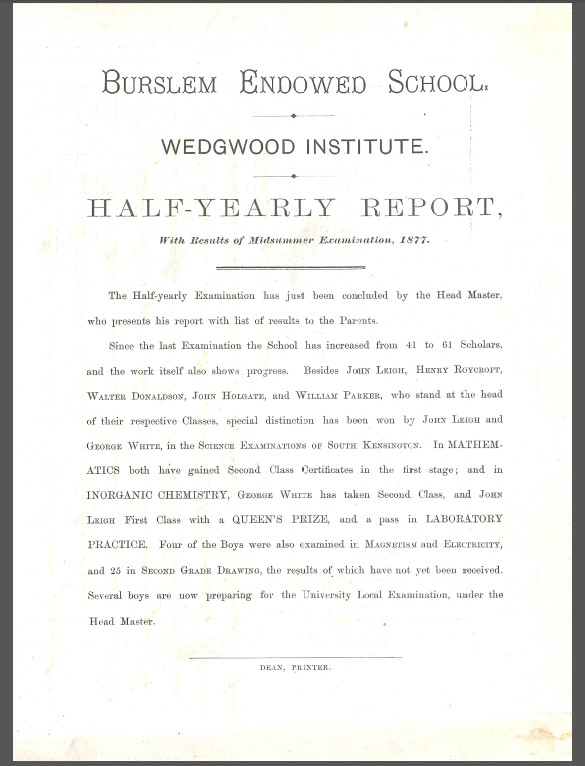 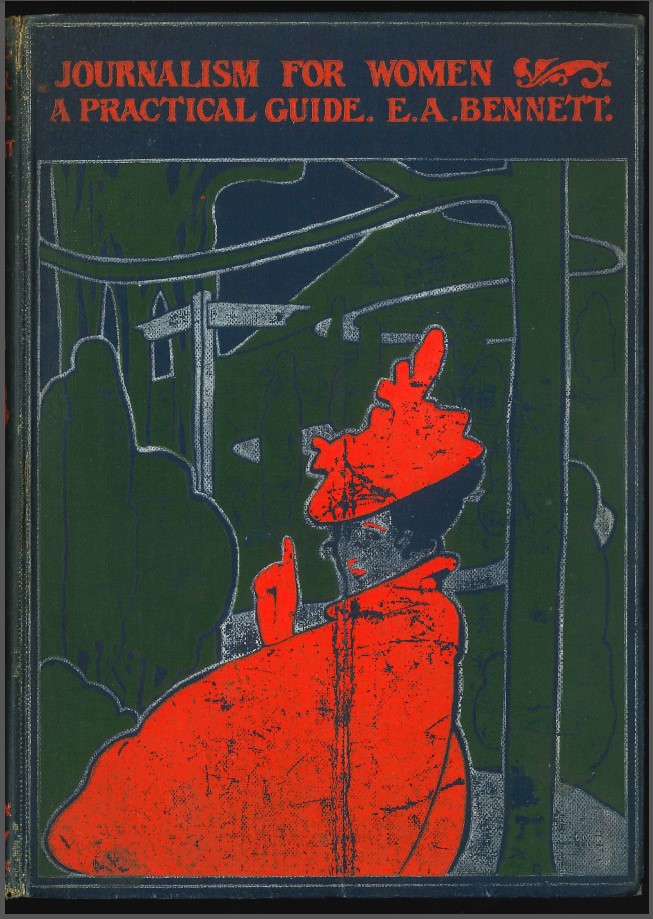 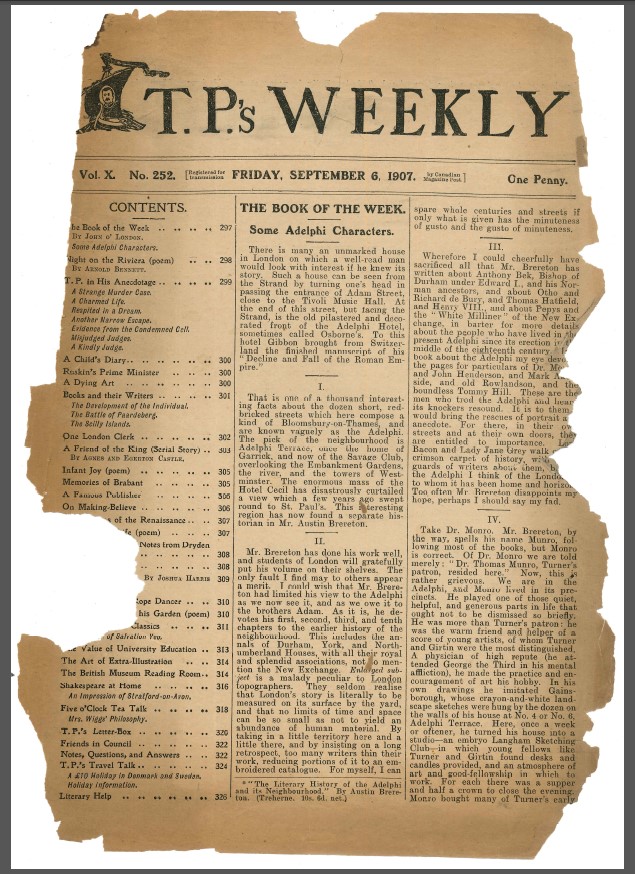 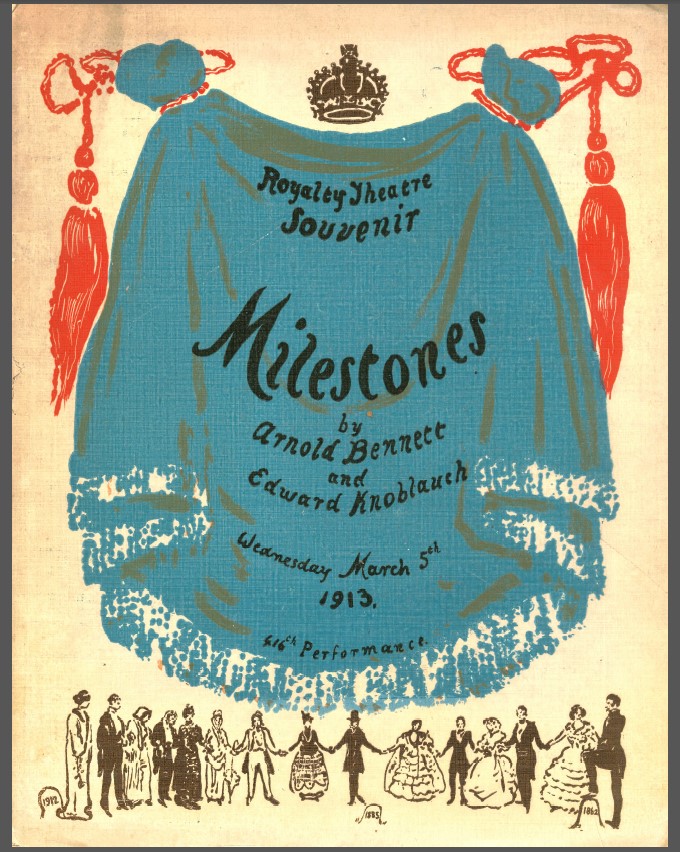 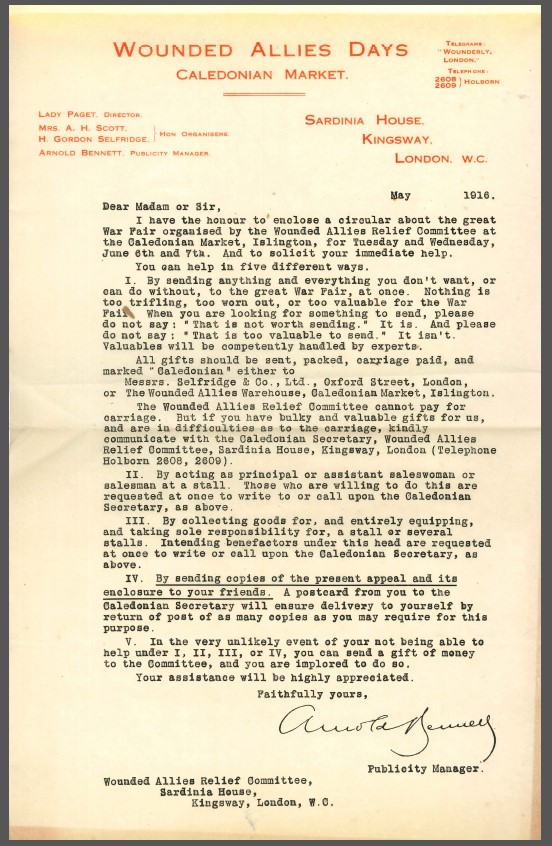 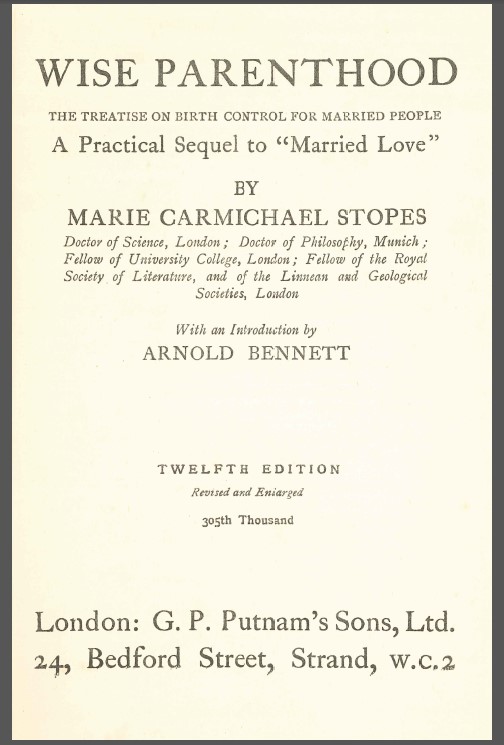 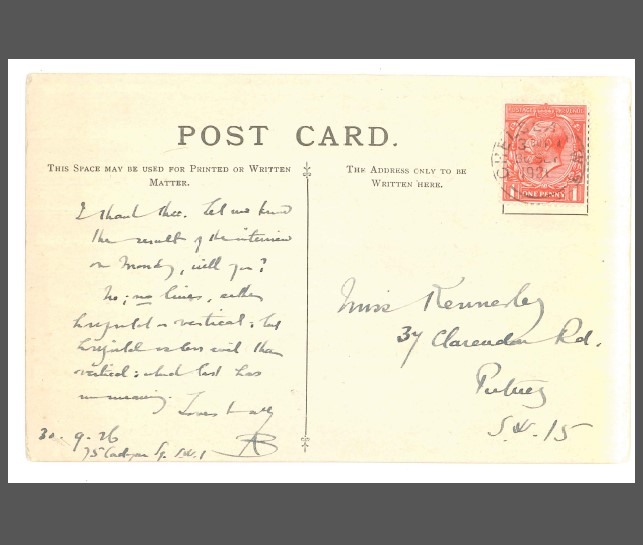 Letter from niece Mary Kennerley to her mother;
​letters and postcards from a series of 27 from Bennett to Mary between 1922 and 1930. 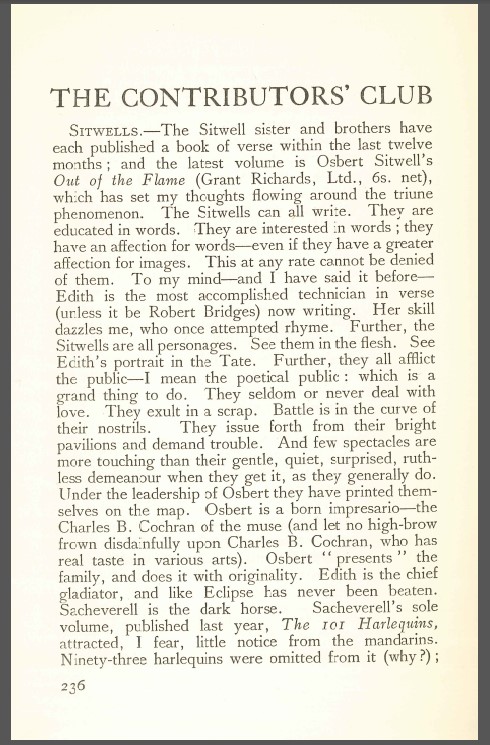 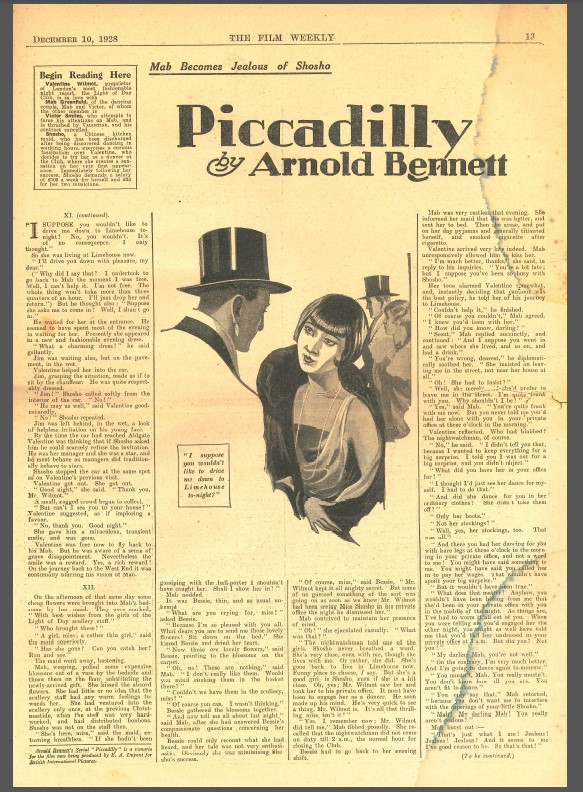 Serial extract of Piccadilly in Film Weekly no. 8 (December 10, 1928) and Piccadilly: Story of the Film (Readers’ Publishing Company, 1930). 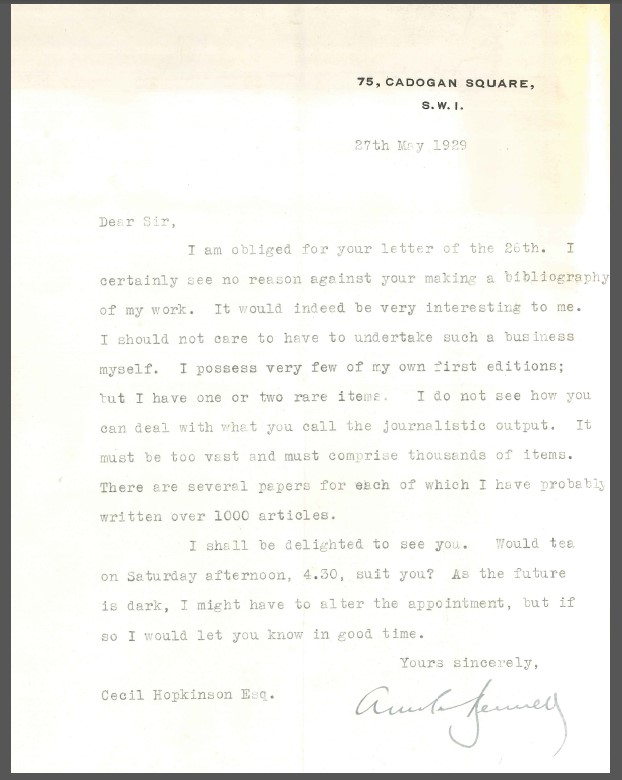 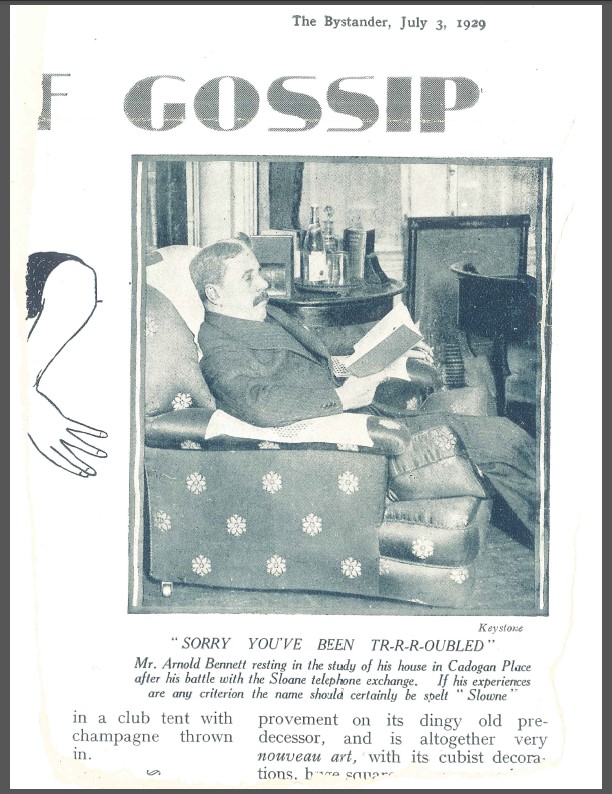 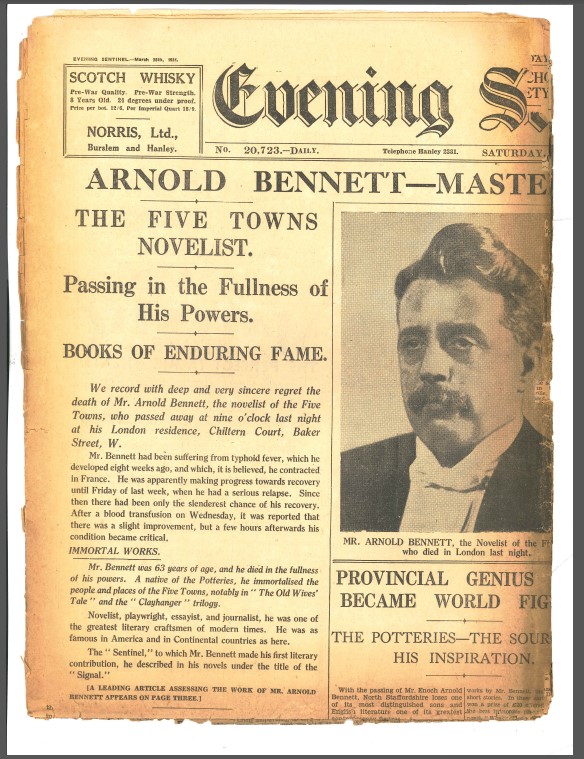 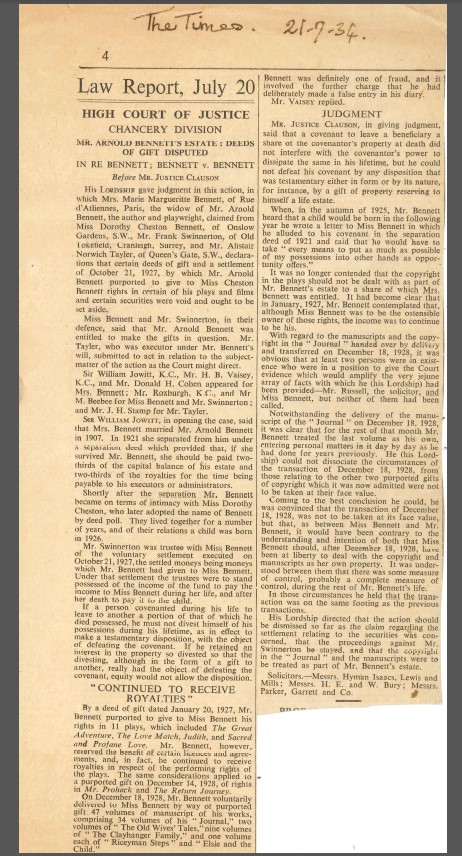 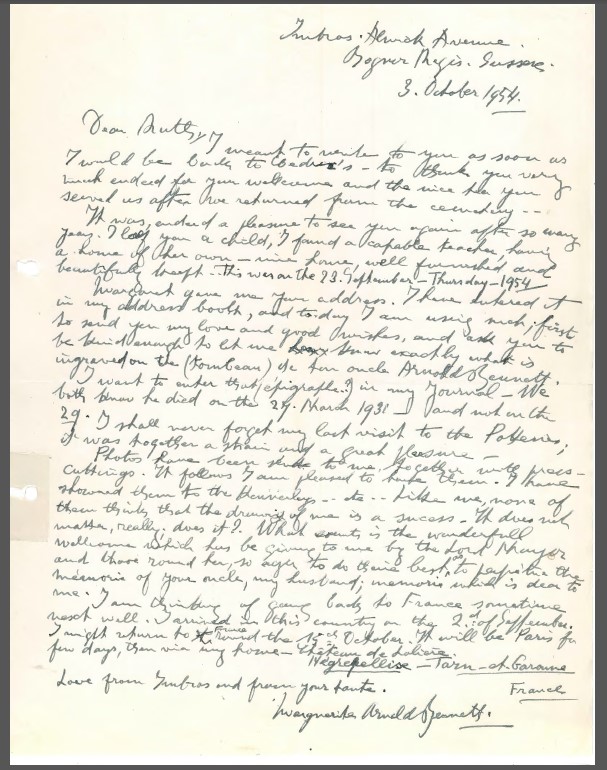 Pages from a scrapbook kept by Bennett’s niece Ruth including:
family portraits, newspaper reports & an original letter from Marguerite to Ruth

Arnold Bennett was born in Hanley in 1867 and featured the Potteries (Stoke-on-Trent) in novels such as Anna of the Five Towns and The Old Wives’ Tale.  Bennett was a prolific writer of short stories, popular fiction, plays, self-help books, essays, journalism, poems and the occasional libretto.  He kept a journal for over 30 years and was an assiduous correspondent.  He also dipped his toe in the film industry, seriously dabbled in watercolours and was a competent amateur musician.  Bennett is a significant figure in both literary and broader social history – from relatively humble beginnings, he made of himself a writer with an international reputation, building a wide network of connections in London and abroad and taking an appointment at the Ministry of Information in WWI.  However, although Bennett gained critical acclaim for his literary fiction and commercial success with some of the ‘potboilers’ and plays, he was regarded in his lifetime with disdain by the literary elite and his legacy has been overshadowed by Modernism.

The Arnold Bennett Archive was bequeathed to the Thompson Library, Staffordshire University in 2007 by John Potter, former Chair of the Arnold Bennett Society.  The collection amounts to many hundreds of items, containing first and limited editions of Bennett’s novels, plays and pamphlets, original journal articles, letters from Bennett to family members and professional acquaintance, newspaper clippings, photographs and other ephemera.  There are works by those connected with Bennett, as well as critical studies, biographies, bibliographies and academic theses for consultation.  The Archive also comprises a record of the Arnold Bennett Society, from its inauguration in 1954 until the date of bequest, including minutes, correspondence, newspaper clippings and photographs.

Video: Introduction to the Arnold Bennett Archive from Alison Pope and Catherine Burgass

The Thompson Library is marking the 150th anniversary of the Potteries’ most famous author by showcasing its Arnold Bennett Archive, taken from The Jean Potter Memorial  Archive.

Thanks also to Jeff Henson, Paul Johnson, Helen Miller and Alison Pope from Staffordshire University Library for their involvement in the creation of this digitised selection.